June 2017
The JCB's with government officers and police came to Sanapur and destroyed every single guest house - Woodstock (14 rooms) Gowri (18 rooms) Waterfalls (12 rooms) and Rock and Chill the restaurant.
In Hanumanalli they destroyed every guest house including the great place for climbers Baba cafe and Hanuman guest house run by our old friend Wenket. Even his family home in the middle of the compound where his father Ramswami lived peacefully all the years.
In Jungli village all of the places in the middle of the village including the popular White Elephant and the ten rooms are gone.

This is devastating for the people who slowly built these places up investing most of the profits from the high season into developing and improving for the coming year. It's also a sad shock for all the people who enjoyed staying in those places in the last ten or fifteen years and became friends with the owners and staff. It means that outside of Hampi island there are no small guest houses left. The big places on Hampi island itself are still standing but are existing on temporary 'stay orders' until a decision is made by the high court in Delhi. 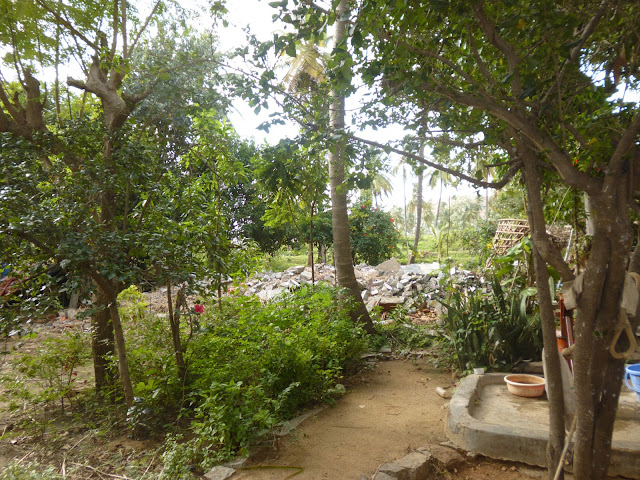 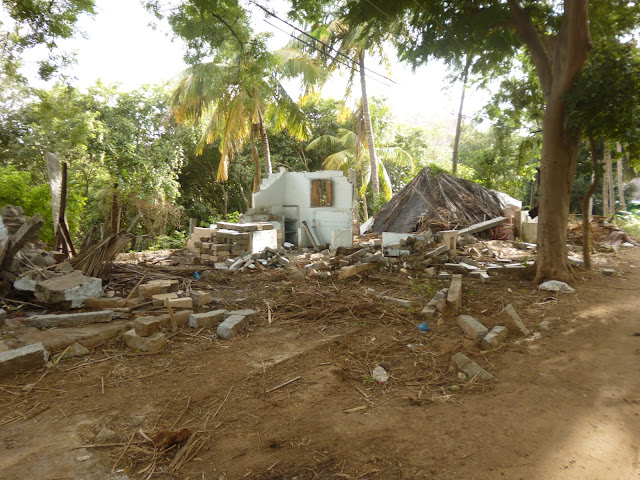 The restaurant on the river side 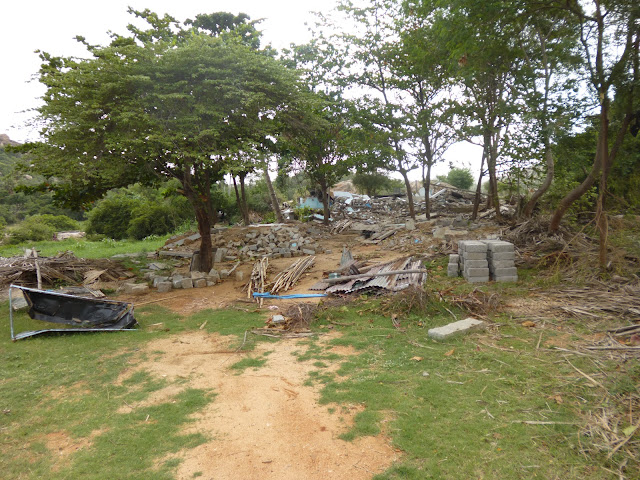 This sent a shiver of sadness and memories through me and is all that remains of the wonderful and famous Baba cafe. Ouch. 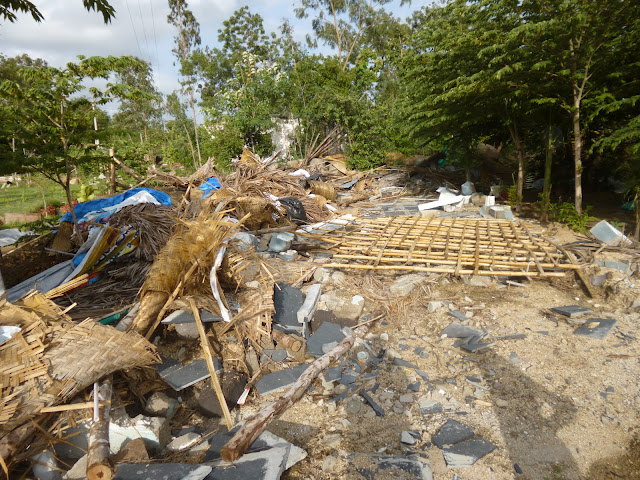 The superb restaurant of Woodstock69 in Sanapur looks like this just now. The work of criminals. 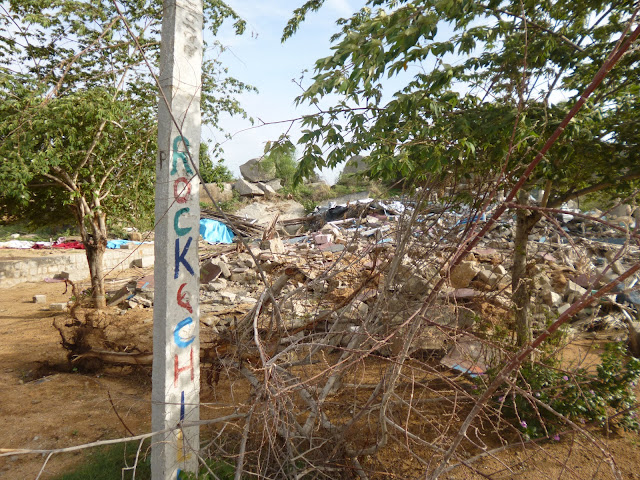 Rock and Chill on the way to the lake. 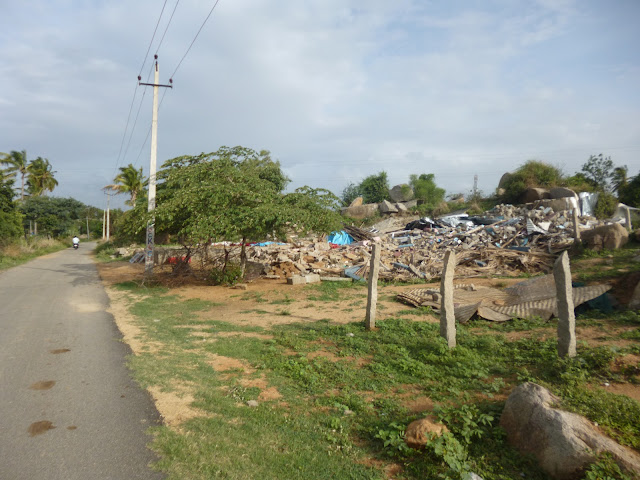 Rock and Chill, such a waste. 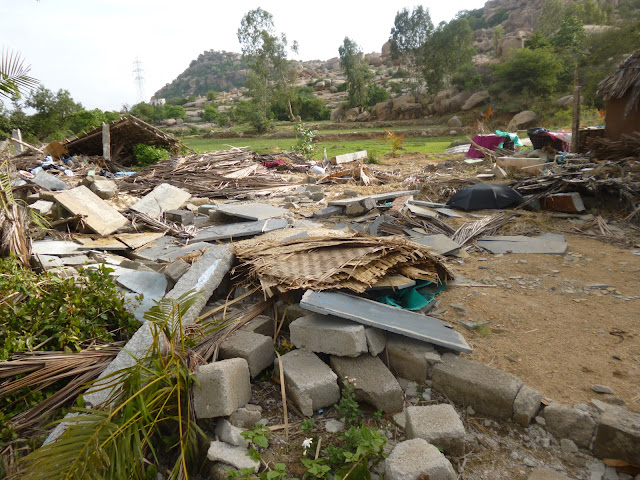 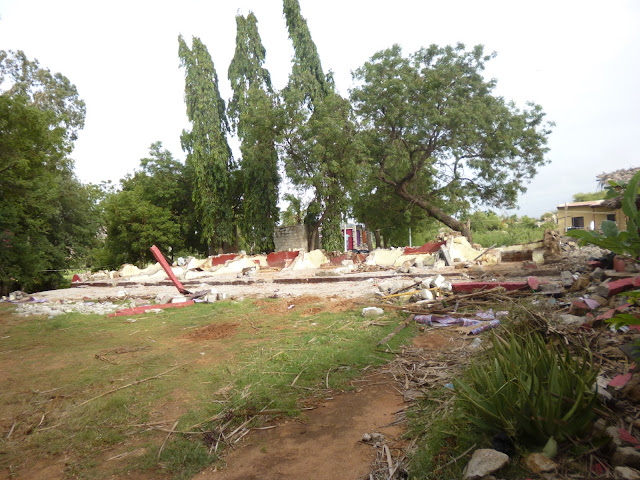 The places you see lying in rubble and ruin were almost all of the best smaller scale guest houses and restaurants in the whole area. Especially for the people who wanted to stay away from the big commercial area of Hampi Island itself. The place is changed forever now with these terrible and unforgivable actions.
If you were planning a trip and intending to stay in any of these places you will have to think again.